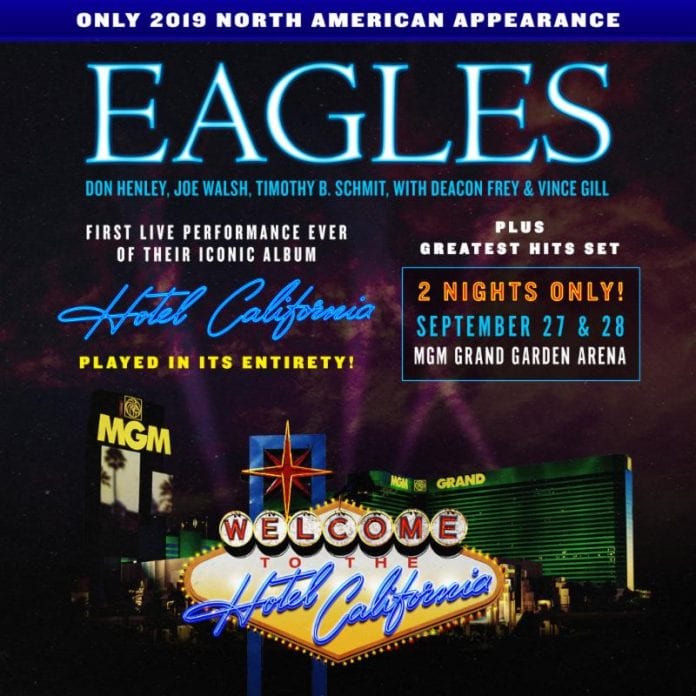 For the 1st time ever, the Eagles – Don Henley, Joe Walshand, Timothy B. Schmit, with Deacon Frey and Vince Gill – will perform their iconic album “Hotel California” in its entirety in their only 2019 North American performances.

Each night’s concert will include an additional set of the band’s greatest hits. Hotel California is the 3rd best-selling U.S. album in history, recently certified 26-times Platinum by the RIAA. After its release in 1976, it topped the charts and won two GRAMMY Awards for “New Kid in Town” and “Hotel California.” Several of the songs from the album have never been performed since the original “Hotel California” tour.  The RIAA also certified “Their Greatest Hits 1971-1977” as the best-selling U.S. album in history (38-times Platinum).