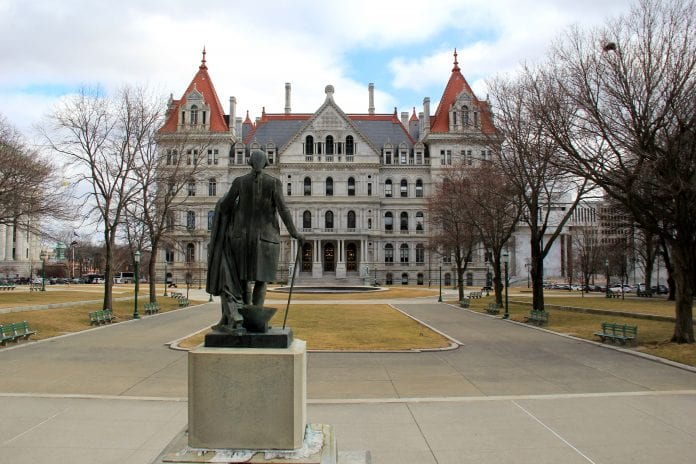 The New York State Capitol is a 19th century masterpiece designed by five architects, in a variety of styles, including Romanesque and French Renaissance. The Capitol building took over thirty-two years to complete & cost more than twenty-five million dollars.

The Western staircase, also known as the million dollar staircase, took fourteen years to finish and cost more that one million dollars. The staircase boasts four hundred and forty-four steps and reaches one hundred and nineteen feet high.  There are seventy-seven recognizable faces, such as President Lincoln and Susan B. Anthony, all of which which can be found tucked between ornate carvings along the Capitol’s three staircases. 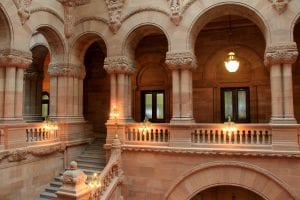