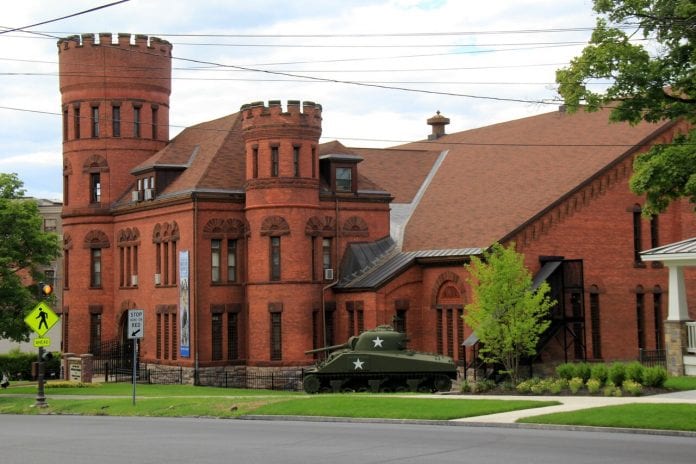 Begun in 1863, NY State Military Museum and Veterans Research Center’s growing collection did not have an actual home until 2001, when the Governor announced the historic armory in Saratoga would be renovated to house the artifacts. Today the museum houses over 10,000 rarieties dating as far back as the Revolutionary War, with a concentrated effort on the New York Militia, and our soldier’s contribution to America’s history. Pieces include uniforms, weapons, artillery, and art. The museum owns the largest collection of state battle flags in the country and Civil War flags in the world. The museum’s Oral History Program actively collects interviews with New York State Veterans from all eras.