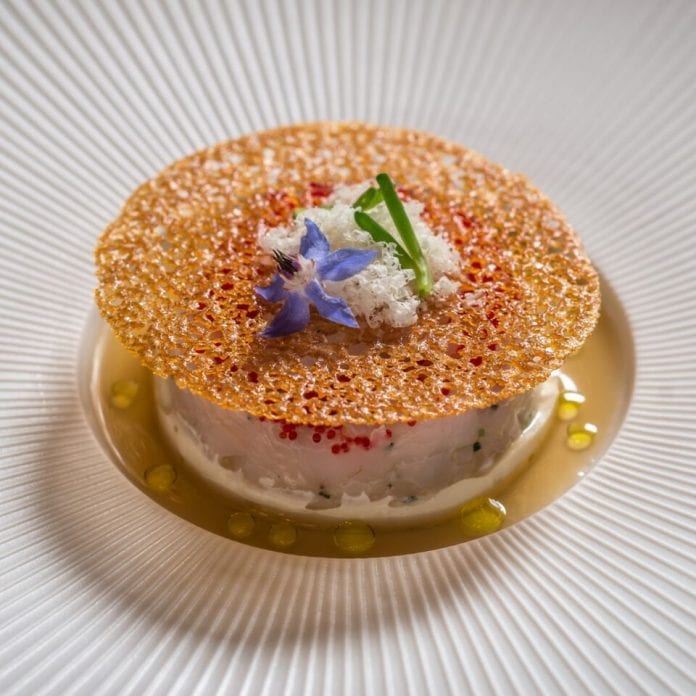 When it comes to exquisite fine dining, where every plate delivered to your table is a culinary work of art, the accolades go to award-winning Chef Gabriel Kreuther for his internationally acclaimed Gabriel Kreuther restaurant.

Kreuther is a long-standing member and mentor for the prestigious Bocuse d’Or USA Culinary Council and current Gold winners of the World Competition. He was named one of Food & Wine’s Best New Chefs in 2003 and received the 2009 James Beard Foundation award for “Best Chef: New York City.”

Kreuther honed his skills throughout Germany, France and Switzerland before bringing his talent to the states where he began at La Caravelle & Jean-George Central Park before moving on to his roles as Executive Chef of the much lauded Atelier in the Ritz-Carlton and The Modern.

In June 2015, Gabriel opened the doors to his own restaurant and it has been a smashing success from day one.  Overseeing an extremely talented kitchen and professional wait staff, Gabriel runs the restaurant like a benevolent captain of a magnificent ship; everyone’s roles are fine tuned to elicit perfection.  Kreuther’s positive attitude is contagious and is reflected by the mood and respect of his  staff. 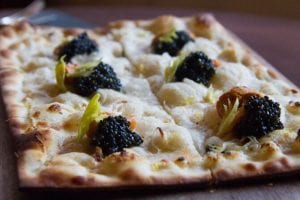 Kreuther combines his classic French training and Alsatian heritage with his love of New York City to create one of New York’s most incredible 3 hour  dining experience. 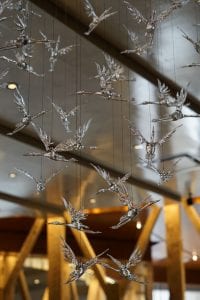 The décor in the main dining room resembles the timber homes of Alsace with reclaimed wood beams, 42 crystal storks ‘flying east’ toward Kreuther’s native Strasbourg, (Kreuther is the Culinary Director for the new Baccarat Hotel in NYC.), hand-painted wall coverings, one-of-a-kind art, and cream-colored banquettes which add sophistication and warmth to the room. 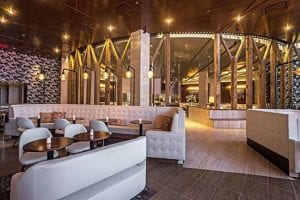 Guests in the main dining room will enjoy the Heritage Tasting Menu $195 ($155 optional wine pairing); Chef’s Carte Blanche Menu $245 ($230 optional wine pairing); or elevated Alsatian-inspired dishes such as tarte flambées or homemade beignets with seasonal marmalade. An a-la-carte menu is available in in the walk-in bar and lounge.  Whatever you decide you will not be disappointed. 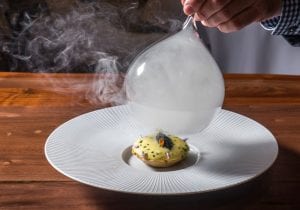 Dining at Gabriel Kreuther is like theater… you will be entertained the entire evening and it is a show to experience! Gabriel and his talented team look forward to serving you. 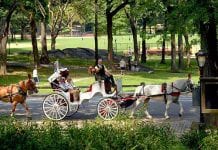 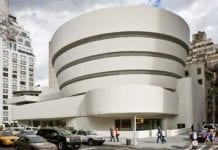 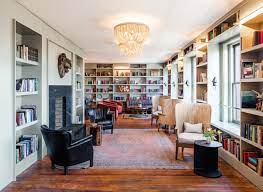