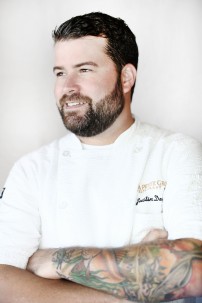 Justin Devillier is Chef/Owner of La Petite Grocery and its sister restaurant, Balise, in New Orleans. He received the James Beard Award for Best Chef South in 2016.  As a contestant on Bravo’s Top Chef, Justin had to recreated some classic NOLA dishes and he won the challenge. At La Petite Grocery, you’ll find the same excellence that has earned his following over the years.

At the helm of La Petite Grocery for a decade, Justin rebuild its infrastructure after Hurricane Katrina. In 2010, he and his wife Mia took ownership of the restaurant, housed in a century-old building with a storied history. In the kitchen, Justin puts his creative spin on traditional New Orleans cuisine, with dishes like Turtle Bolognese of bucatini, sherry, parsley & fried soft boiled egg; Blue Crab Beignets with malt vinegar aioli; and Panéed Rabbit including spaetzle, wilted greens, turnip purée & sauce grenobloise.

His second restaurant Balise was named after the 1st French settlement at the mouth of the Mississippi River, opened in the Central Business District of New Orleans in 2015. Set in a 19th century Creole townhouse, Balise’s menu celebrates New Orleans as a port city and its access to a wide variety of ingredients. 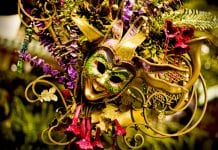