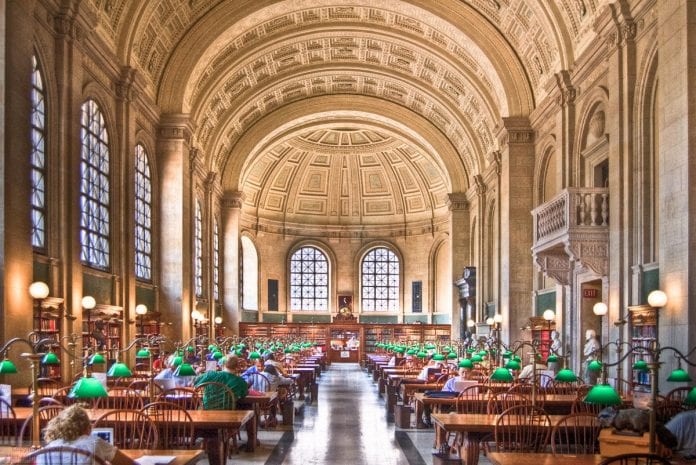 Established in 1848, the Boston Public Library was the first free municipal library in the United States. In 1839, French ventriloquist M. Nicholas Marie Alexandre Vattemare became the original advocate for a public library in the city, proposing the idea of a book and prints exchange between America and French libraries.

The mayor – Josiah Quincy Jr., Edward Everett, and his successor George Ticknor, were also at the forefront. In 1986 it was designated a National Historic landmark. Bates Hall, the iconic reading room is named after a London merchant banker born in Weymouth, MA. He was the first major benefactor of BPL, initiating its services “free for all.” 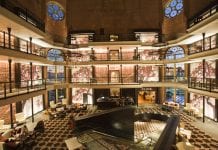