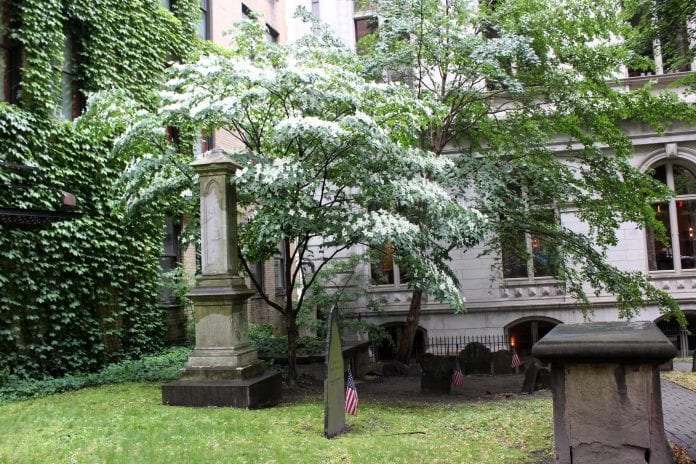 Established in 1660, some of America’s most notable citizens are buried here. Named for the 12,000-bushel grain storage building that once sat next door, this historic Granary Burying Ground has approximately 2,300 markers. During the Victorian era, headstones were reorganized into neat rows to make way for the modern innovation of the lawn mower. 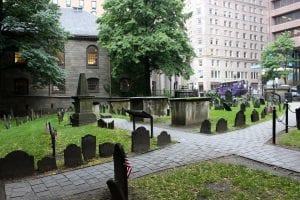 The infant’s tomb, where hundreds of children have been interred, is located near the central obelisk that marks the grave of Benjamin Franklin’s parents.

One of the most popular motifs on gravestones is the “Soul Effigy” – a skull with a wing on either side – representing a soul flying to heaven after its death. 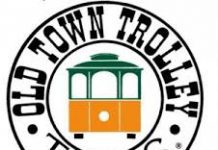